In August 2012 AT&T announced that their 2G network would be shut down latest January 1 2017. This was somewhat surprising to me since roughly 90% of all M2M devices connected to mobile networks used 2G. (https://connectcompute.com/2012/08/08/what-will-be-the-impact-on-m2m-of-announcement-to-shut-down-2g/) Given that 3G is something of a compromise I would have believed that 2G and 4G would be a better bet – one with cheap modules, low bandwidth and great coverage and one focusing on data intensive terminals and applications.

Since two years, we have started to see mobile operators taking different roads for IoT. Good examples include Tele2 who only provide connectivity and great partnerships, Telenor Connexion who was the first to use both Jasper and EDCP (because they follow their customers) and KPN who returned back to Holland, building their business from there with excellent roaming.

And here we go again! Telenor Norway’s CTO, Magnus Zetterberg, said at an investor meeting in London that the company plans to completely shut down its 3G network in 2020, five years before it closes 2G in 2025. “It’s better to retain 2G than 3G because all the devices today are still embedded with 2G, so you will lose out without the network,” he said. “2G is still important for the M2M market.”

I believe this is a good approach since replacing all 2G M2M modules installed across the country to something else, even if only a SIM-card from someone else, is a disturbance and cost the customers neither expect nor like. The labour cost involved in changing are typically far bigger than the hardware. And Telenor is creating yet another criteria for customers to evaluate when picking mobile operator for their IoT applications. And with a 2G/4G approach an operator probably has a better answer to a customer who want to deploy a large IoT project today with an ROI calculation for 8-10 years.

M2M in its teens – the industry is shifting gear

The M2M industry is rapidly leaving the first connectivity focused baby phase – thank god! – and enters the productivity phase. This is where we look at operational issues, capabilities and value. Vendors and operators are preparing themselves to be able to serve the market better and more efficiently. And new partnerships, alliances, initiatives and M&A activities pop up on a daily basis. This is all very good and makes life easier for developers, integrators and customers. But it is more about preparing for the business to take off than making it taking off. It mainly improves the capabilities to deliver in an efficient way.

Today’s initiatives are signs of a developing industry. Building blocks are put together into candidate platforms and architectures. As always most of them will fail over time but still it is an important part of growing up. Let’s look at a couple of recent M2M “teenager activities”:

Looking at mobile operator subscriptions for M2M, the market continues to grow roughly 25-30% per annum. The number of cellular M2M subscriptions nearly doubled between 2010 and 2012 to reach 143.7 million according to Pyramid Research. They also claim China is growing over 40% per annum and will become the largest cellular M2M market this year. We should remember that a lot of M2M applications share cellular subscriptions or use other technologies to connect.

So operator’s M2M business is growing quite rapidly but from small numbers. In a fairly well-developed M2M market like Sweden, M2M subscriptions are roughly 20% of all mobile subscriptions today. But still most of the market potential is untouched. Policy-driven markets like smart meters, big global markets like connected cars and consumer oriented stand-alone solutions are all fairly well addressed. But small business is big business also when it comes to M2M, and these companies are only addressed by independent Service Enablers, developers, integrators and turn-key solution providers. The alliances, partnerships and M&A activities aren’t reaching that far. A company connecting 100 of their “things” per year in maybe 25 countries across the globe is simply of no interest to any of the large players. The same goes for ,a company who want to develop a specific application to connect 25 of their “things” in a country, unless they are filthy rich.

Success in SME will come from successful platform support for specialist service enablers, developers, integrators and turn-key solution providers. That has little to do with technical issues and a lot to do with trust and business models. This has to be resolved before M2M will grow up.

The recent announcement from AT&T that they will shut down their 2G network latest year-end 2016 has been discussed a lot lately. It is safe to say that mobile operators in developed markets will continue transitioning their handset users and networks towards 3G and 3G LTE. But mobile operators in general have a growing number of M2M terminals in their networks and they know that over 90% of them are using 2G modules today. Many of them are recently deployed and expected to run without intervention for maybe another five to ten years. Going there, changing SIM, terminal or in worst case the entire device is a very costly thing to do. This is probably why mobile operators in general don’t talk about when they plan to terminate their 2G networks. And I don’t think we will see many announcements like the AT&T one for the next few years, especially not in Europe. Also, let us not forget that many operators in developing countries only have 2G so it will definitely be around for quite some time.

Over the air provisioning of SIM-cards will solve some of the 2G sunset problems but if you need another module in your terminal it will obviously not help. One or two operators in a market, or why not an MVNO, can gather all the 2G terminals and continue service them until the bitter end. The remaining operators would lose some clients but free themselves to go wild on 3 and 4G.

More and more new M2M solutions are using 3G and 3G LTE now. This is natural especially when applications are data rich and require low latency. At Qualcomm IQ last week in Berlin, Steve Mollenkopf, President & COO Qualcomm, stated that one million new 3G connections are added each day. Most of them are not M2M but it means that 3G network capacity and coverage is rapidly improved around the world. And modules and components are coming down in price as volumes grow. And even 3G LTE is spreading. According to Global mobile Suppliers Association (GSA) 96 operators have launched commercial LTE services in 46 countries so far. But the recent announcement of iPhone 5 reminds of the fragmented frequencies of 3G LTE which needs to be taken into account when looking at a specific M2M 3G LTE solution. 3G LTE uses frequencies between 698 MHz – 3800 MHz, divided in 25 bands for FDD (Frequency division duplex) and 11 bands for TDD (Time division duplex).

What will be the impact on M2M of announcement to shut down 2G? 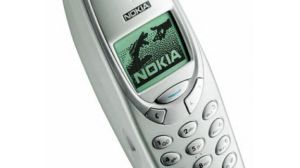 AT&T just announced that they will shut down their 2G network no later then January 1 2017. They want to free up spectrum for mobile Internet network capacity. “Well in advance of this change, we will reach out to our relatively small percentage of 2G customers and offer them options to meet their needs” says a spokesperson to Fierce MobileIT. According to Berg Insight AT&T had 13.1 million M2M subscribers by the end of 2011. It is often stated that the 2G share of the M2M subscriptions are bigger then 90%. I don’t know the AT&T mix but it is likely that at least half of their 13 million subscribers use 2G.

PricewaterhouseCoopers recently made a study and found that 60 percent of wireless operators plan on decommissioning their legacy networks over the next five years. Their study would suggest that more operators would like to make similar announcements as AT&T.

M2M terminals are often expected to be operational 5-10 years which makes the choice of network technology difficult. From a capacity point of view 2G is often enough and 2G modules are cheaper than modules supporting 3G and 4G/LTE. Coverage of the 3G networks are often not as good as the 2G networks. It is far too early for LTE networks to take over. Support for circuit switched connections which are required when moving terminals from the fixed phone networks (PSTN) to mobile networks is only available in 2G. It will be interesting to see what AT&T’s announcement will do to customers, regulators and other mobile operators. And what about countries were mobile networks are all 2G?

I believe this is a challenge for the development of the M2M market. As far as I understand it, AT&T will have to subsidize the remaining 2G M2M customers to replace terminals or loose the customers to other operators. This new situation for ongoing and planned M2M projects might delay or in worst case kill them if the up-front investment becomes substantially bigger. This news also explains why M2M customers need over-the-air provisioned SIMs.