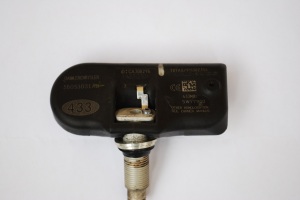 Vehicles with wrong tire pressure cause accidents and consume excess energy. Tire Pressure Monitoring Systems (TPMS) were developed to prevent these issues. The first passenger vehicle to adopt tire-pressure monitoring was the Porsche 959 in 1986 and today it is becoming a legal requirement in more and more countries. Car manufacturers have been introducing different TPNS systems more or less voluntarily but in the United States, as of 2008 and the European Union, as of 2012, all new passenger car models released must be equipped with a TPMS. Similar laws are on their way in Asia-Pacific.

TPMS are definitely complex from an engineering, communication and product point of view and the combined investment, including equipment in garages and motor vehicle inspection sites, the sensors in the tires and the receiving part of the in-car system is very big. The National Highway Traffic Safety Administration (NHTSA) in the US estimates that 660 fatalities and 33,000 injuries each year are attributable to crashes caused by underinflated tires (Bob Ulrich, Editor, at Modern Tire Dealer) so it seems like well working TPMS can help save lives, money and the planet. But every system like this is always a potential hacker target and Rutgers University and the University of South Carolina released a joint study some years ago indicating that they had succeeded to hack a car through the TPMS.
In any case, this is a typical M2M application – it’s been around for years, many of us have them, they are not SIM-based and they deliver on the three M2M promises: safety, sustainability and efficiency.

Did NFC lose it now?

I was chairing Short Range Wireless Forum in Amsterdam 2006 and NFC was the hot topic of the day since Nokia announced the first NFC phone the day before. But the combination of its limitations and the fact that only some vendors decided to implement NCF seriously made it yet another promising technology that never took off. These days Apple is introducing iPhone 5C / 5S and iOS7. This launch is as always followed and debated by a lot of people but still very few seem to have captured iBeacon. I believe that is yet a significant enabler by Apple which rapidly will become an important building block for Internet of Things applications and could make NFC redundant.Imagine entering into an indoor location like a University Campus. Your iPhone connects to iBeacon automatically over Bluetooth and depending on who you are it will provide you with directions where to go for the next class, it will take you to the canteen and take care of the payment leaving you with a receipt. One build wireless coverage in a location quite cheaply. Lets move to a department store, shopping mall or train station and the use cases are easy to see.A beacon, or mote, is like a lighthouse for radio transmission. Estimote is s startup providing beacons supporting iBeacon. The beacons are a couple of centimeters big and include an ARM processor, accelerometer, flash memory and Bluetooth connectivity. A beacon could cover up to 50 m radius and have battery life time of around 24 months. Estimotes developer kits give you three beacons for 99$ which gives us an idea of price points.iBeacon leverage Bluetooth 4.0 (also called Bluetooth Low Energy BLE or Bluetooth Smart) which was approved in July 2010 and is told to be a stable platform to develop solutions on. With over 19.000 companies as members in Bluetooth SIG and over 2.5 Billion products shipped Bluetooth is a well supported technology across industries. I believe developers will love this technology and application enabler why pick-up will happen quickly and massively. When we look back at these announcements a couple of years from now I think we will conclude that Bluetooth 4 was the real breakthrough for Bluetooth, iBeacon enabled a new generation of apps and NFC didn’t make it.Exciting times!

The M2M Service Enablement space is heating up

We have already gone from connectivity focus to focus on operational value: faster, cheaper, greener, safer and so on. Pain and results are easy to quantify and ROI calculations fairly straight forward. But the actual development of the solution requires a M2M Service Enabler to become affordable to develop and maintain. This is old news together with my mantra: “data is the gold of M2M“. But it is interesting to see that the service enablement space is heating up.

To start with, my Swedish M2M Service Enablement alliance just said welcome to member number 14 and all Swedish mobile operators but 3 are sponsors. The members in general report growing interest and business as customers are becoming educated and ready to move. Next week 12 Swedish M2M companies will join me going to Düsseldorf as bilateral partners to the M2M Summit where we have a common stand and speaker slots. That is more M2M service enablers then ever participating in an international M2M event arrangement I have done up until now.

Earlier this week Telit announced their acquisition of ILS Technologies for $8.5m cash and Telenor Connexion the purchase of technology and IPR from Iowa. Both ILS and Iowa are M2M Service Enablers! Increasing M&A activity in a segment is always a sign of market consolidation and a result of executives being convinced that they know where the industry is going and where they want to be. I expect many more M&A deals with M2M Service Enablers involved over the next year or two.

My key advise to M2M Service Enablers remain: focus, focus, focus. As the M2M business becomes glocal you will meet competition from a lot of places and players. But customers only see two or three players in any given industry or niche.