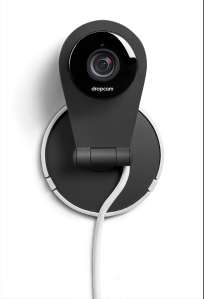 In my Christmas Internet  of Everything Chronicle I wrote that 2014 will be the year when IT players jump on the band wagon and when M&A activities will accelerate. With Google acquisition of Nest for $2,3B and PCT’s acquisition of Internet of things startup ThingWorx for $112M I have already delivered on my prediction. And it’s only January 15 today!

Since data is the gold of M2M Google is an obvious player in this field. And by buying Nest they made a clever inroad to people’s homes. The logic is that people buy “the thermostat that Jobs would have loved” regardless if they need it or not, Google start collect valuable data and use it together with all the other data they have. Then Google can leverage the Nest thermostat and other devices to also collect other type of data from the homes. Brilliant! But it is worthwhile to notice that some Nest loving consumers have already stated in public that Google is not welcome in their home and some have even smashed their Nest device. But I think this is a clever move which will put Google in an interesting position. And their acquisition will be an eye-opener to many other companies. You already know that I believe the only difference between when we connected people and business to the Internet and now when we connect things to the Internet is that ignorance will be no excuse this time.
What an exciting start of the Internet of Everything year 2014!

Inspiring example: The thermostat Jobs would have loved 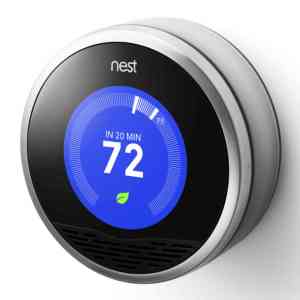 The power of M2M is the ability to enable drastic changes in an industry. To do things differently. To change the game. Like in the early days of Internet we still focus on connecting things. That is good and makes us faster, cheaper, greener, etc. But it doesn’t change the game. It is when the technology is used to completely re-think and re-design something the power is released.

A wonderful example is thermostats. The “father of the iPod”, Tony Fadell, created the “learning thermostat” after having stumbled over expensive, dumb and ugly thermostats for the green house he was building. He created the gorgeously designed Nest which has been shipping for more than a year now. It is said to be compatible with 95% of the American and Canadian low voltage residential heating and cooling market by now. This little sexy device can remove some 20% of the heating and cooling energy bill and cost $250 US. Nest is now shipping 40-50K units per months and investors continue betting on Nest which now is said to be valued to $800 million US.

People normally don’t bother about thermostats but this easy to install and use, wonderfully designed and intelligent darling that saves people money has become a best-seller at Amazon, at Lowe’s and on Apple’s online store. It uses a number of sensors to understand the life-style of the household and adjusts heating and cooling in an optimal way. Beyond the information on the device itself it communicates with people’s smartphones and pads.

Innovative new approaches in established industries are always challenged by established players and Nest is already involved in legal battles. But I think we only have seen the beginning of Nest. Now they address consumers right away, seducing them with design and a good cause. But the device is Wi-Fi and ZigBee enabled thus ready for the Utilities and the Smart Grids. Is there a reason for a Utility to install another device in a home where a Nest already is in place?