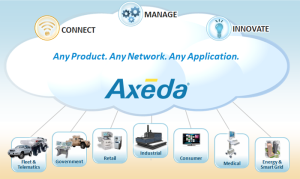 The creation of the Internet of Everything has been going on for a while now. It is easy to find estimates of the number of connected devices some years from now and how much the market will be worth but still hard to find the evidences that it actually happens and in which pace. A year ago I declared that we entered the teenage phase meaning that early moving customer started to go from power point and  plans to pilot trials and roll-out. I still believe we are in the teenage phase but another important indicator – mergers and acquisitions – is starting to show that we are coming closer to the real take off. Because of this I will try to track relevant M&A deals in my blog onwards.
Intel recently acquired Basis Science with their advanced health tracker, Google has spent about $5B acquiring Waze, Nest and Dropcam but PTC’s recent acquisition of Axeda for $170 million in cash following their $112 million Thingworx acquisition in December are even more interesting to me. PTC provides systems and solutions to a long list of very large companies globally and they obviously believe being a leader in IoT system and service enablement is key. I believe the Internet of Everything will be grown-up in less than two years from now and insist that the key difference from when people and companies were connected to the Internet is that ignorance will not be an acceptable excuse this time.
Advertisement 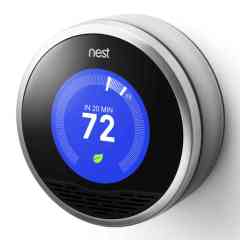 In my Christmas Internet  of Everything Chronicle I wrote that 2014 will be the year when IT players jump on the band wagon and when M&A activities will accelerate. With Google acquisition of Nest for $2,3B and PCT’s acquisition of Internet of things startup ThingWorx for $112M I have already delivered on my prediction. And it’s only January 15 today!

Since data is the gold of M2M Google is an obvious player in this field. And by buying Nest they made a clever inroad to people’s homes. The logic is that people buy “the thermostat that Jobs would have loved” regardless if they need it or not, Google start collect valuable data and use it together with all the other data they have. Then Google can leverage the Nest thermostat and other devices to also collect other type of data from the homes. Brilliant! But it is worthwhile to notice that some Nest loving consumers have already stated in public that Google is not welcome in their home and some have even smashed their Nest device. But I think this is a clever move which will put Google in an interesting position. And their acquisition will be an eye-opener to many other companies. You already know that I believe the only difference between when we connected people and business to the Internet and now when we connect things to the Internet is that ignorance will be no excuse this time.
What an exciting start of the Internet of Everything year 2014!