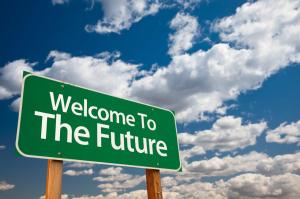 Intelligent Transportation Systems (ITS) is one of the areas where M2M will make a huge difference in our lives. Transportation of people and goods will be more sustainable, safer, more efficient and more predictable. The communication required is complex and includes communication between vehicles, between vehicles and road infrastructure. The EU has invested over €180 million in more than 40 research projects since 2002 and last week the European standards organisations, ETSI and CEN, confirmed that the basic set of standards requested by the European Commission to make connected cars a reality has been fully completed. The European car industry is eager to translate these enabling standards to competitive advantages and we could see the first connected cars able to communicate with road infrastructure already 2015.

With some 200 million vehicles in Europe it’s easy to understand that proper implementation of these standards will make big impact on road efficiency, safety and sustainability. And if the initiated collaboration for global standards with the US and Japan becomes successful, the reward can be many times bigger.
This is good news and enables yet another area where M2M will make big impact on society here and now. And as always, there will be winners and losers based on how well organizations leverage this opportunity. And it definitely made the 10:th ITS European Congress in Helsinki, 16 – 19 June 2014, more interesting to visit.

The European Union took yet another step towards an interoperable EU-wide eCall solution when the Commission just adopted a Regulation which establishes the specifications for the upgrading of the Public Safety Answering Point (PSAP) infrastructure required for the proper receipt and handling of eCalls. eCall is a key initiative to meet the target of halving the overall number of road deaths in the European Union by 2020 starting from 2010.

According to EU: Road safety is an issue of major concern across the entire European Union and for all of its inhabitants: 500 million citizens in the 27 Member States use more than 230 million vehicles on over 5 million km of roads. The purpose of the interoperable EU-wide eCall initiative is to introduce in all vehicles in Europe the minimum functionalities needed to ensure adequate handling of the emergency calls by the emergency response services. Currently, road journeys exceed 100 million annually across the various Member States and they are increasing due to further consolidation of the European Union (through the free movement of goods, people and services). Road safety is one of the major policy issues of Transport Policy in the European Union. In 2009 around 35,000 people were killed and more than 1.5 million injured in about 1.15 million traffic accidents on EU roads. In addition to the tragedy of loss of life and injury, this also carries an economic burden representing approximately EUR 130 billion of cost for society.

I believe this is a typical area where agreements on a standard infrastructure makes a lot of sense. We will save lives, pain, money, time and the environment while establishing an infrastructure which will support the development of the EU region for many years. A common PSAP could obviously be used for more than eCall and will set a standard for certain international services which will help us in the critical effort to make M2M an international business.