Intelligence in the edge 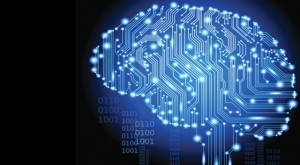 After the Billions-of-devices-hype came even bigger numbers on the Big Data opportunity. It’s obviously so that being able to gather and analyse huge amount of data from different sources gives interesting opportunities for both good and bad guys. And the big number game always works: if airlines save 1% cost it’s a huge amount of money. Or if rescue shows up at car accidents a minute earlier on average we save many lives and loads of pain and money. If people on the planet save a minute a day on their way to work we would create mountains of time to be used for something fantastic. We have left the Billions and talk Trillions now.

Let’s come back to the view that enormous shared data power in the cloud is the only way forward. We’ve heard it before. It all started with IBM’s mighty mainframes in the core and 3270 terminals in the edge. Computing was only about central expensive machines until Apple turned it all upside down with the first personal computer. And ever since have IT managers and others had to struggle with the balance between edge and core. At 3Com we invented Ethernet and argued power to the edge. Why send data outside the office if it’s internal and only to be shared between people in the office? It’s at least not safer and what if connection to the center is lost? It has been going on like this, back and forth, Thin Clients with all power in the core was really the future for a while and most recently employees started bring their own, rarely thin, devices to work.

There is definitely a lot of economies of scale to run things from the center. But innovation often comes from the edge. That’s why we have regional and local governments for example. Culture, climate, economy, religion, desire and everything else differs from place to place, company to company, human to human.

Coming back to Big Data and IoT. First of all, IoT is most often small data, and little or no velocity, variation and all the other V’s that Big Data is supposed to deal with. Secondly, in many applications we need to make really quick decisions down there at the floor, in the edge. A home care solution which tries to identify when a person living there is about to get stroke, requires a thorough understanding of that individual, constant monitoring and learning and very rapid and correct alarms when something is about to go wrong. A retailer who need to put the new pasta somewhere need to make that decision now. With real-time support for that decision it will be a better one than without.

I believe a new wave of distributed AI applications within self-learning systems will be a really important part of the Internet of Everything. Keep an eye at companies like our THINGS member Aifloo and Imagimob, both developing AI capable edge devices for industrial, healthcare, retail and energy markets. These clever devices with their own sensors built-in, might even make it possible to avoid further integration into larger equipment to provide applications requested.

This entry was posted on Thursday, September 10th, 2015 at 18:28 and is filed under Cloud computing, Healthcare, IoE, IoT, Retail, Self-learning systems, Utilities. You can follow any responses to this entry through the RSS 2.0 feed. You can leave a response, or trackback from your own site.