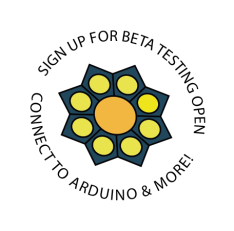 Last night I participated in my first hackaton. It was arranged by Evothings who has developed an open source tool which includes libraries and API:s for connected devices like Arduino, Rasperry Pi, sensor tags, iBeacons and Philips LED-lamps and provides the ability of speedy development of IoT apps for IOS, Android and Windows Mobile. We were around 30 men (M2M unfortunately still means Men to Men) who got a 15 minute introduction, free pizza and a great experience. After two hours of playing with Evothings Studio, smartphones and some connected devices we had a “show-and-tell” session where the participants shared their experience and results.

Even though I’m quite well aware of what can be done in the field of IoT I was blown away to see how easy it was to put things together into a working prototype. Two young participants demonstrated how they controlled a small cannon from their smart phone, aiming and shooting. In two hours without having seen Evothings Studio before. My colleague came with an idea to extend their offering to retailers using iBeacons and I believe these two hours gave him what he needed to make the first prototype for a pilot test with a client.

I think this is very important to realize: not only is the Internet of Everything being built here and now with massive impact on industries, individuals and society. It takes minimal programming skills, little time and almost no money to develop a working prototype and see what happens. The democratization of IoT development tools together with modern phenomena like crowd-funding, crowd-sourcing and open API:s brings immense change. For sure.

EIT ICT Idea Challenge is a competition for start-ups in EU launched at CeBit some weeks ago. It includes eight different categories, each with 40K/25K/15K€ prices, and the IoT category is managed from Sweden. Before last night I thought that maybe 100 participants per category would be realistic. But after yesterdays experience I could easily see thousands of participants per category!

This entry was posted on Thursday, March 27th, 2014 at 10:46 and is filed under Business Models, M2M, M2M Service Enablers, User Interaction. You can follow any responses to this entry through the RSS 2.0 feed. You can leave a response, or trackback from your own site.